Welcome to chapter two in my 16-part 2016 Year in Review, tentatively titled I Already Regret This and actually titled the 16 of Trumps. I hope you appreciate my prenominate Photoshop skills. That took me a full five minutes to array.

As explained yesterday in the opening column, each day between yesterday and New Year’s Eve, I will be adding another entry into four major categories — Films, TV, Albums and Books — counting down from 16 to 1. Today is the day for #15s in those four rubrics. Furthermore, each day will include a complete ranking of an extra special something: today’s is the Best 16 Pieces of Journalism of 2016. There have been no requests so this one should be shorter and sweeter than part one, which is both a relief for me timewise and surely for you, dear reader, survivability-like.

What a great film! Realism at its most real time riveting! pic.twitter.com/GnKE1JRMzw

One of Alan Rickman’s last films — perhaps his last (I can’t be bothered looking that up sitting here at Tripod Cafe in Redfern tapping away in public, because if you’re not writing in public, why bother writing at all?) — is a gripping, realist depiction of the drone strike industry, told from the perspective of the politicians ordering the attacks, the military brass advising them, the pilots carrying out the attacks and the intelligence officers on the ground trying to get out of their way. The true horror of war is depicted with unforgiving brutality but this is not a didactic Hollywood preachathon: the benefits of drone strikes, ie the killing of Very Bad People, is also presented, and the viewer is left making up his or her own uncomfortable mind about the uncomfortable practices that keep our lives quietly comfortable. Helen Mirren lends a deft hand as the tough-as-nails would-be goodie in uniform and Aaron Paul of Breaking Bad fame steals his scenes as the man following orders, destroying cities. 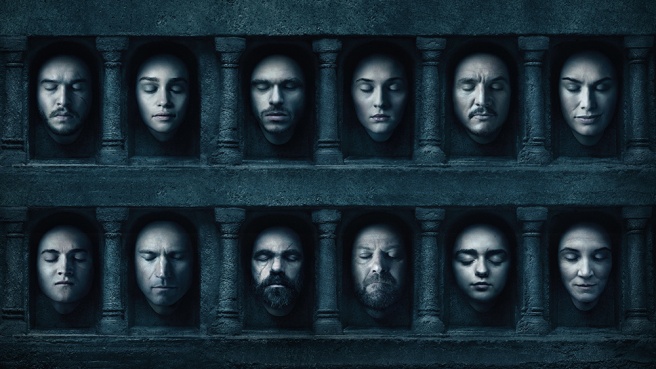 Game of Thrones is a great show. It is tremendous fun. You race home on a Monday afternoon and fire up your piracy machine, fix yourself some tasty morsels, and then transport yourself to a magical place of capricious kings, conniving queens, brooding bastards, snarling assassins and purloining peasants. Afterwards, you hit the message boards and blogs to dissect the minutiae and assess the varyingly believable and sagacious fan theories. Next day at work you waste away the day gibbering with colleagues about the machinations while those tedious types that don’t watch it but still insist you mind their feelings re spoilers block their ears and bristle with effulgent indignation. It’s especially satisfying when the Monday falls on a public holiday, as it did twice this year, and you can watch the show live on TV, presuming you have Foxtel, which I do because money is ephemeral and premium TV is pleasurable. This season, I especially loved the traveling troupe of players reenancting past events in a clever in-play meta interpretation of the famed ‘Previously on…’ prerolls, and most of the action happening at King’s Landing and up north was very entertaining. However! And let me be clear here! The Battle of the Bastards was absolutely ridiculous and incorporated a terrible deus ex machina to get our hero out of trouble. On that, Jon Snow returning from the dead without having to pay a spiritual cost for his rebirth was disappointing, as was the essentially meaningless travails of Arya in Braavos. But, still, fun is fun is fun and Game of Thrones continued to deliver, even if it is slipping somewhat now that it doesn’t have richness of detail from the books to guide it.

And now for today’s special feature: The Top 16 in Journalism. I have picked 16 faves from the year gone by, encompassing a range of topics, though they all tend to conform to that feedback loop centre-left intellectually elitist echo chamber mentality that got us into so much trouble back in November, and limiting my selections to one per masthead. Bit unfair to erudite folks at the Guardian, where I do a lot of my jove-like nodding in agreement at my views being mirrored back at me but there you go: it’s my year in review and I’ll do what I want goddammit! I am declining to actually rank these 16 pieces as it seems a bit arbitrary and a touch unedifying since some are about Very Serious Subjects and others a more just about good old fashioned fun. So here they are, in no order at all…

A Plagiarism Scandal Is Unfolding In The Crossword World (Oliver Roeder / FiveThirtyEight): thorough and impactful investigation of plagiarism in American-style crosswords. From memory, someone lost their job because of Roeder’s (who enviably has the @Ollie Twitter handle) work. He also did some fine reportage from the World Chess Championships recently, which you can search for at your leisure.

Is There a Better Way to Build a Stadium? (Alana Semuels / Atlantic): expose of the hostage system sports fanchise owners utilise to force city and state governments to build them stadiums.

The Queer World of Stranger Things (Hannah McCann / BinaryThis): I bet you didn’t realise just how gay that show is?

Alan Rusbridger’s Guardian is on a Suicide Mission (Michael Wolff / GQ): apparently it’s not my fault for refusing to buy a membership!

Hillsborough disaster: deadly mistakes and lies that lasted decades (David Conn / Guardian): Outstanding and deeply moving documentation of the horror of Hillsborough and the appalling obfuscation of The Truth by a cabal of police officers, media barons and politicians.

Obama Reckons with a Trump Presidency (David Remnick / New Yorker): access’s New Yorker goes in deep with an outgoing president forced to confront the reality of his incoming polar opposite.

The 30 Most Anticipated New TV Shows Of 2017 (Jessica Kiang & Oliver Lyttelton / Playlist): there are so many shows to watch now it’s impossible to keep up with what’s worth watching so I appreciate that someone else has gone to the trouble of sorting out the ones that look like they will be worth the effort.

‘American Psycho’ at 25: Bret Easton Ellis on Patrick Bateman’s Legacy (Kory Grow / Rolling Stone): fans of BEE’s hilarious book will know the axe-murdering vice-president of mergers and acquisitions was a huge Trump fan so it’s nice to revisit the man and the myth now that he’s trading Trump Tower for the White House. Incidentally, BEE’s podcast is unbearable.

A Celebrity Z-List? Yes, It Exists (Amanda Hess / New York Times); as someone who recently graduated to the Y-list I thoroughly enjoyed feeling superior to the subjects of this amusing look at the depths of fame.

The gut-wrenching history of black babies and alligators (Domonique Foxworth / Undefeated): meticulously researched piece detailing an insidious practice from the not too distance past.

Michelle Obama Interview: How FLOTUS Used Pop Culture Stardom to Make an Impact (Ted Johnson / Variety): I just love her so much!

From inspiring to polarizing (Robert Samuels / Washington Post): Trump might be bad but we may have dodged a bullet avoiding a Carson presidency.

A Full History Of The Deeply Personal Feud That’s Consuming Australian Politics (Mark Di Stefano / Buzzfeed): including a crafty mindmap from my good friends at Fuzzbeed.

An assured sophomore effort from the Kiwi Nott siblings, glorified by three brilliant alt-pop singles that the rest of the album kinda did not live up to. Saw Broods live at the Enmore with my mate Peter and it was a great gig, including a surprise appearance by Jarryd James for a duet on 1000x. In a music milieu dominated by melody dodgers it was simply divine to have a record pulsating with mellifluous hooks, some more fully formed than others, to listen and sing along to.

(So this is more a reflection of my reading experience as barely and of these books were released in 2016. Essentially, this Books bit is just a sexed-up recommended reading list.) 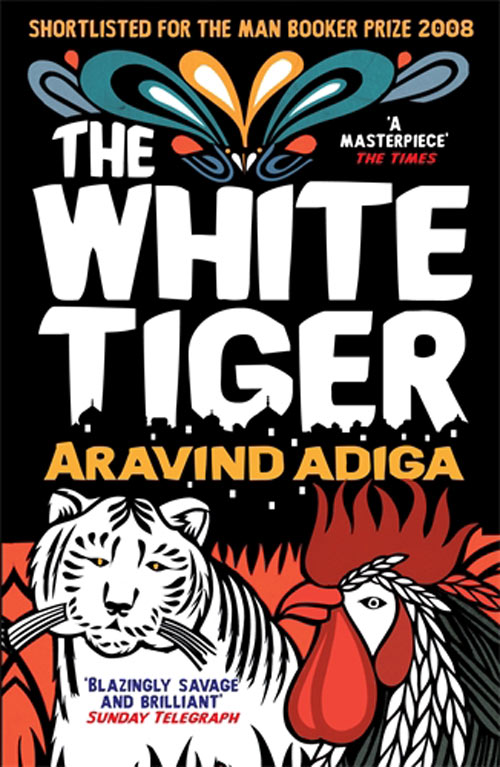 Chewed through this biting satire on the Indian class system and burgeoning middle class right back at the start of the year, a time of sober contemplation and solicitude over my inchoate work situation. Adiga’s unique sense of purpose with this epistolary novel — it comprises a series of letters from a murderous social climber with rare business acumen to the Chinese president — showcases the value of form and technique in complementing character and narrative to mould a near-perfect short novel.